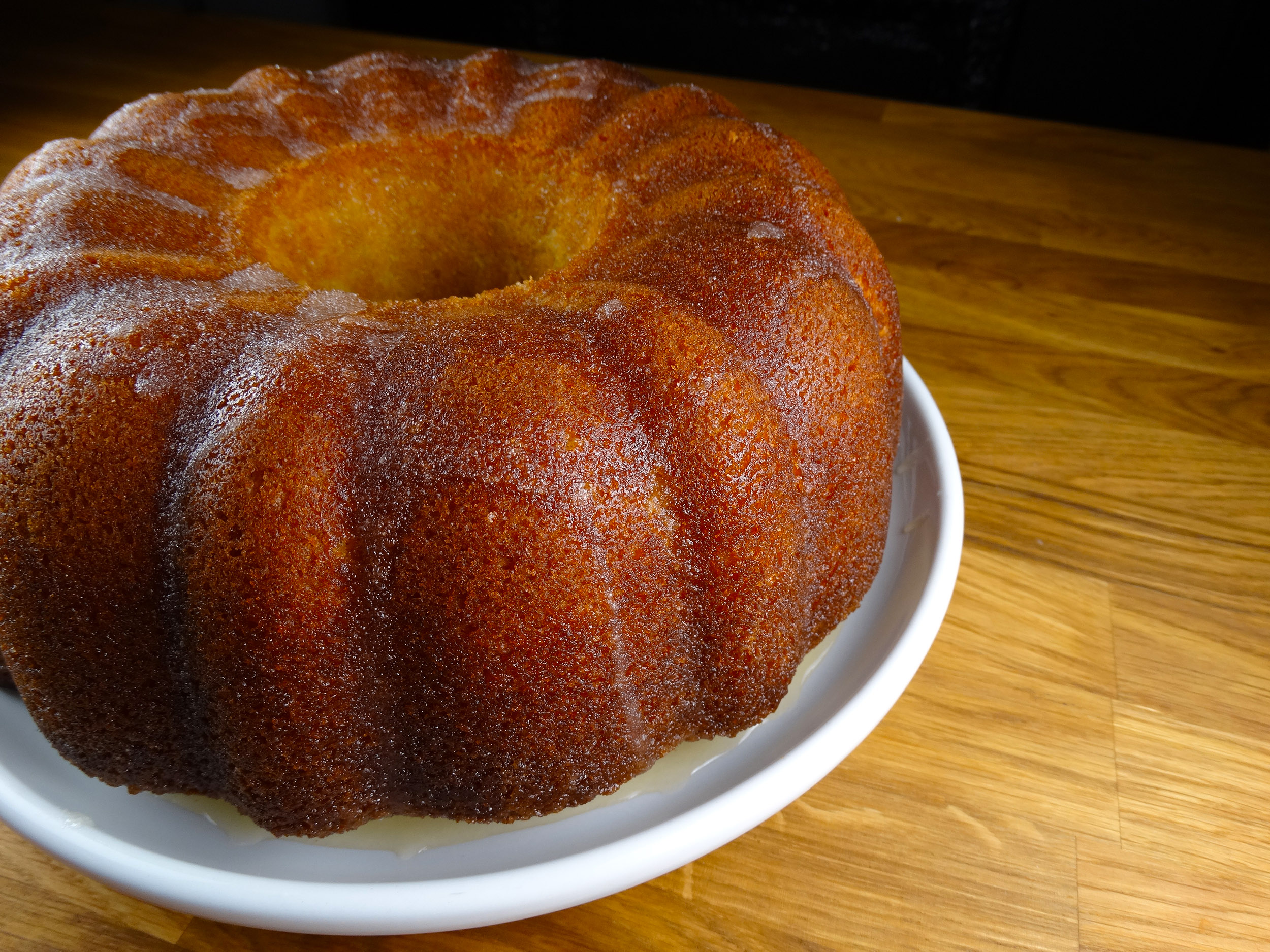 If you’re worried about drunk dialing an ex after eating a slice of this cake, you have nothing to worry about. The alcohol in the batter burns off while it bakes, and cooking the bourbon until the sugar dissolves does the trick for the glaze. What is left behind is a rich, caramel flavor that elevates the sumptuousness of the buttery pound cake-like Bundt.

The one thing you might be surprised to find is that this cake can really absorb the entire bowl of glaze. Make sure to poke plenty of holes and take your time pouring over every part of the cake. I expected to end up with a soggy cake in the end. Instead, the glaze crystalizes as it cools, creating a light crunchy exterior and a moist interior.

Whisk the flour, baking powder, salt and baking soda in a medium bowl until combined; set aside.

With an stand mixer, cream together the butter and both sugars on medium-high speed for 5 minutes, until fluffy, stopping occasionally to scrape the sides of the bowl. Add the eggs one at a time, allowing the blade to incorporate the egg into the batter after each addition. Add the vanilla extract to the batter.

Combine the buttermilk and bourbon in a small bowl. Reduce the mixer speed to low and add the flour mixture in three parts, alternating with the buttermilk-bourbon mixture in two parts, beginning and ending with the flour. After each addition, mix the batter until just barely combined. Remove the mixing blade, scrape the sides and hand-mix until well combined.

Pour the batter into the prepared bundt pan and spread the batter evenly. Bake until the cake is golden brown and springs back when lightly pressed with a finger, 40 to 45 minutes.

Prepare the glaze. Combine the butter, vanilla extract, sugar and bourbon in a small saucepan over low heat until the butter melts and the sugar dissolves, whisking to combine.

After the cake is removed from the oven, immediately poke holes using a long wooden skewer or chopstick. A butter knife will work as well. Pour three-quarters of the glaze slowly over the cake, allowing it to seep into the holes. Then turn the cake out onto a serving platter. Immediately brush the remaining glaze all over the top and sides of the cake (if the glaze has thickened, rewarm over low heat). Serve the cake warm or at room temperature. Leftover cake can be stored in an airtight container at room temperature for up to 5 days. 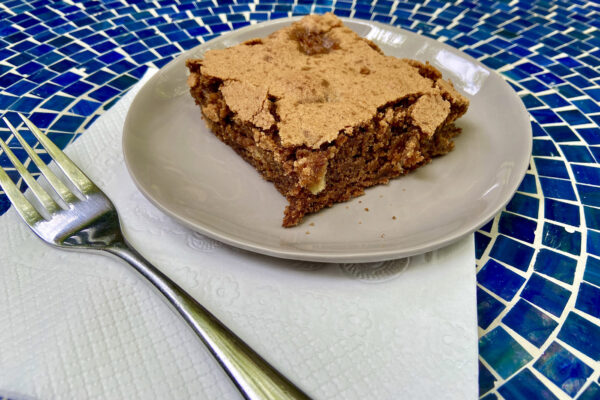