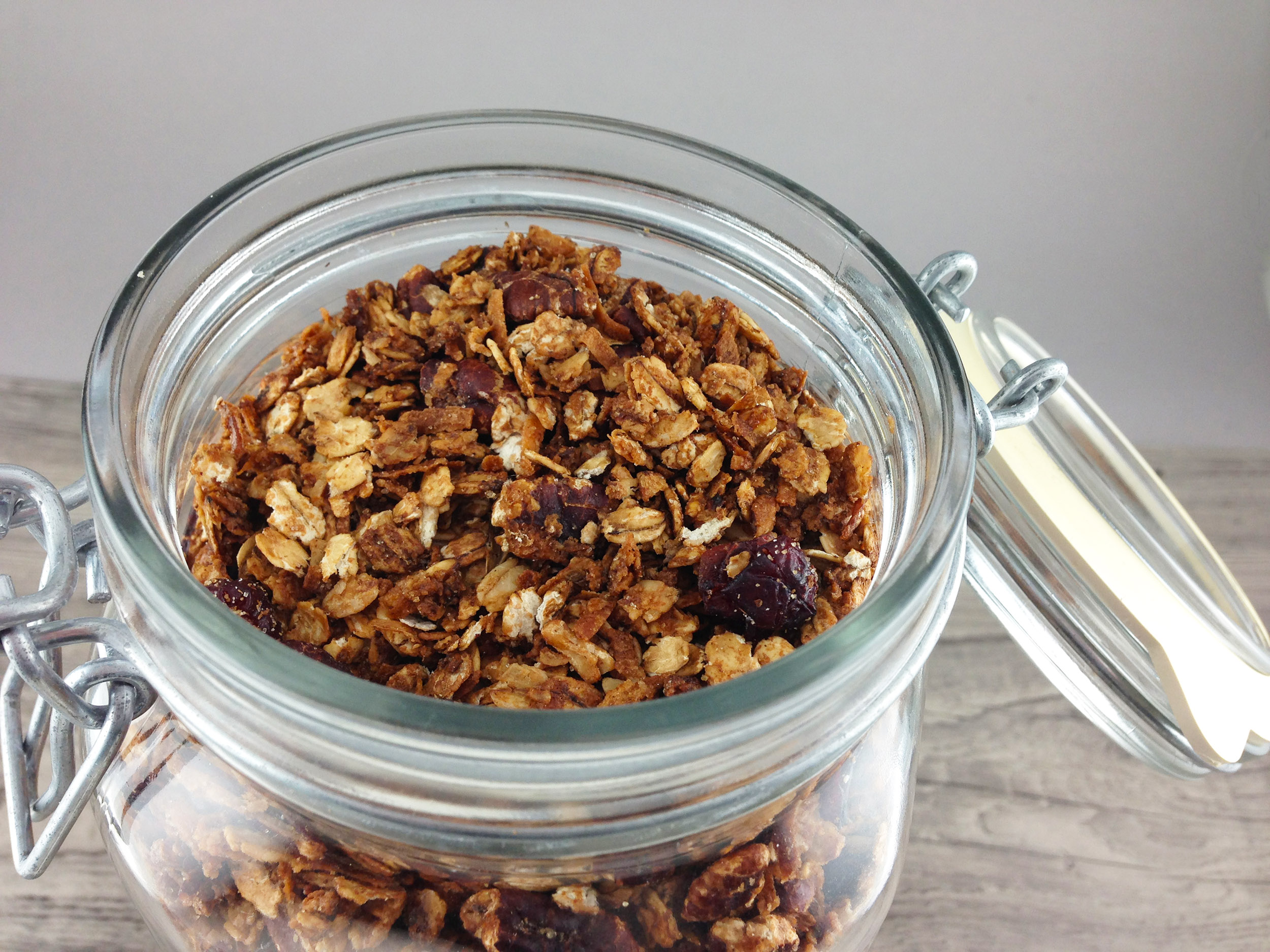 I was standing in the cereal aisle of my local grocery store in awe at the variety of breakfast options displayed in front of me.

“No one really wants this many choices for breakfast,” I thought to myself as I pushed my cart past the sugary flakes and shamrock-shaped marshmallows to the granola options.

I realized while picking up box after box – reading the ingredients, and then putting them back. I already had everything I needed to make granola at home.

So that’s what I did. In the time it takes to watch an episode of Barefoot Contessa, I had two week’s worth of crunchy goodness to go on top of my yogurt, or simply poured into a bowl with milk.

Preheat the oven to 300 degrees. Line a large sheet pan with parchment paper.

In a small sauce pan, add the honey and oil. Heat the liquid, stirring constantly, over medium-low heat. Continue to stir until the honey is dissolved, about 2-3 minutes.

Pour the liquid over the dry ingredients. Toss until well combined. Pour the mixture into the parchment lined pan. Spread into an even layer.

Bake for 25-30 minutes, stirring every 10 minutes until the mixture is a golden brown. Remove from the oven and allow the granola to cool completely. Toss in the craisins.

Store the granola in an airtight container for up to 2 weeks. 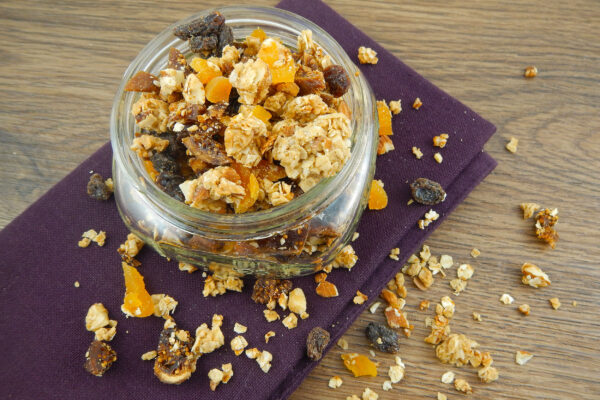 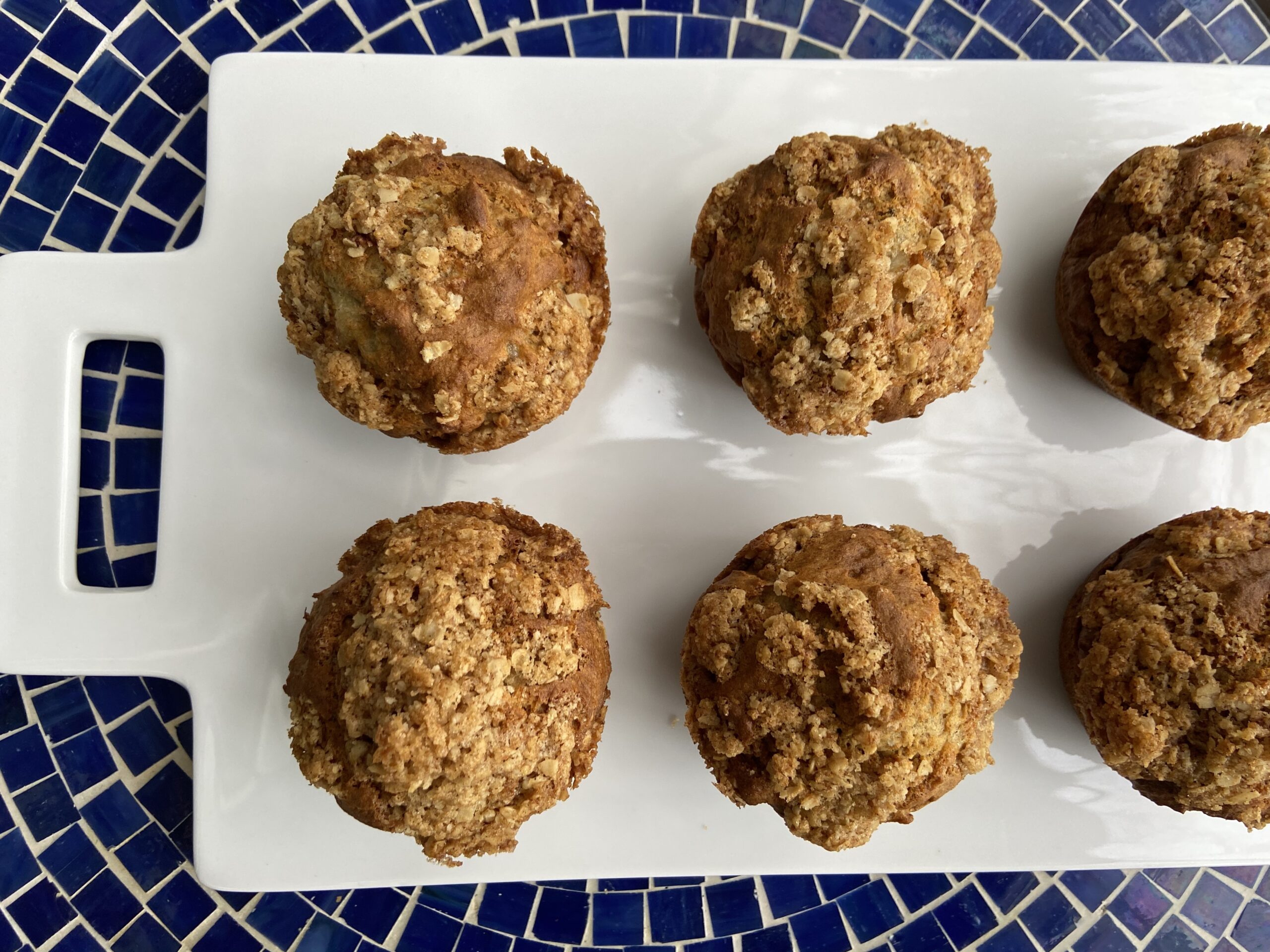